Check out out our instagram for read-a-loud’s and awesome craft ideas! 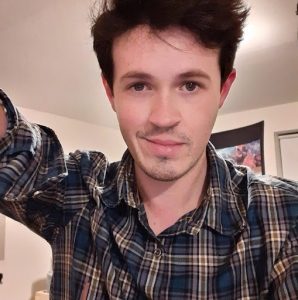 Ian is excited to return to Vinson Owen in the position of Site Coordinator. This year marks Ian’s third with Kidsborough. Ian graduated with Degrees in Both Theatre Arts Performance and Communications, while also studying a Minor in Music. Before working at Kidsborough Ian had acquired his school age training through several other after school programs and summer camps. Ian has worked at Vinson Owen throughout his time at Kidsborough, whether early as a group leader or, assisting during his time as Assistant Site Coordinator at Winchester’s Muraco School. He is excited to take this year by storm and create an environment of learning, safety and fun!

In his free time Ian can be found in the Rock Climbing Gym, Local Theatres, or spending time as a Content Creator.

Reach Out to Us